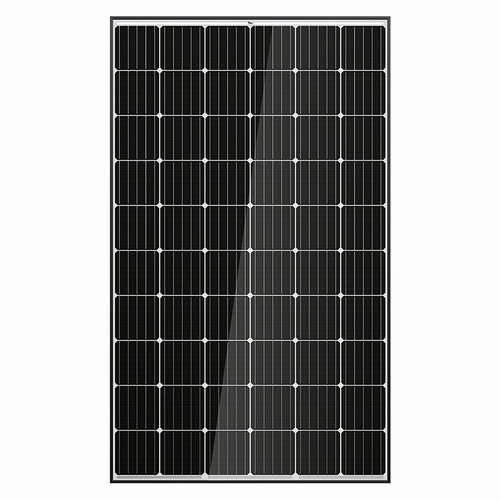 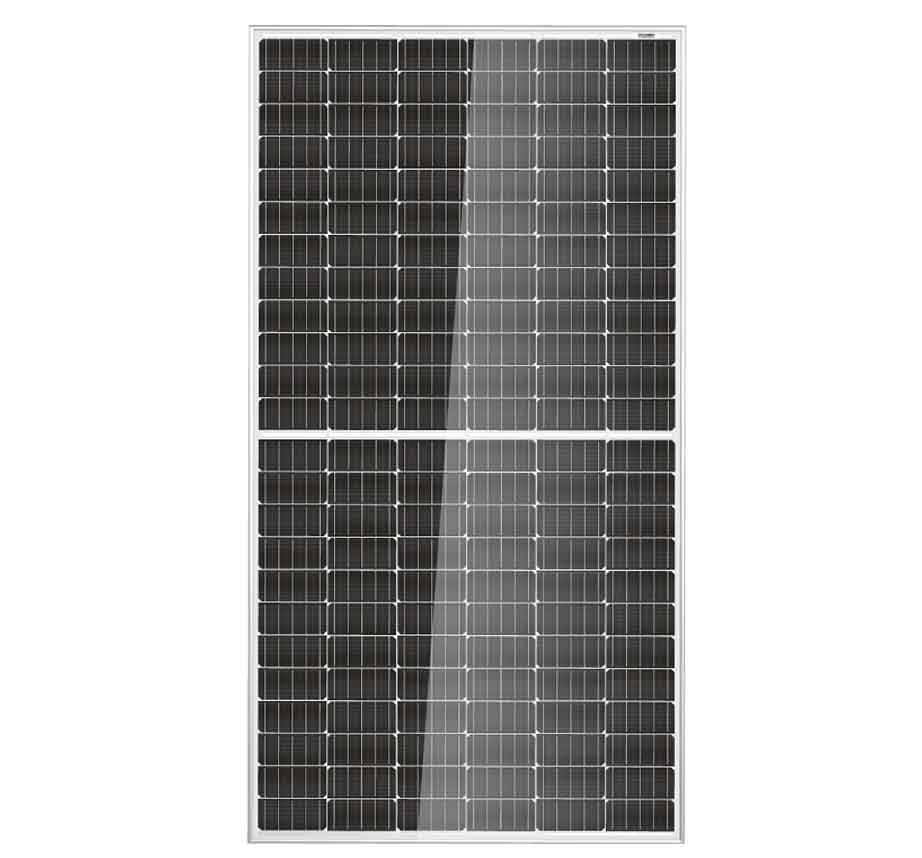 Solar Panels – What are they and how do they work? 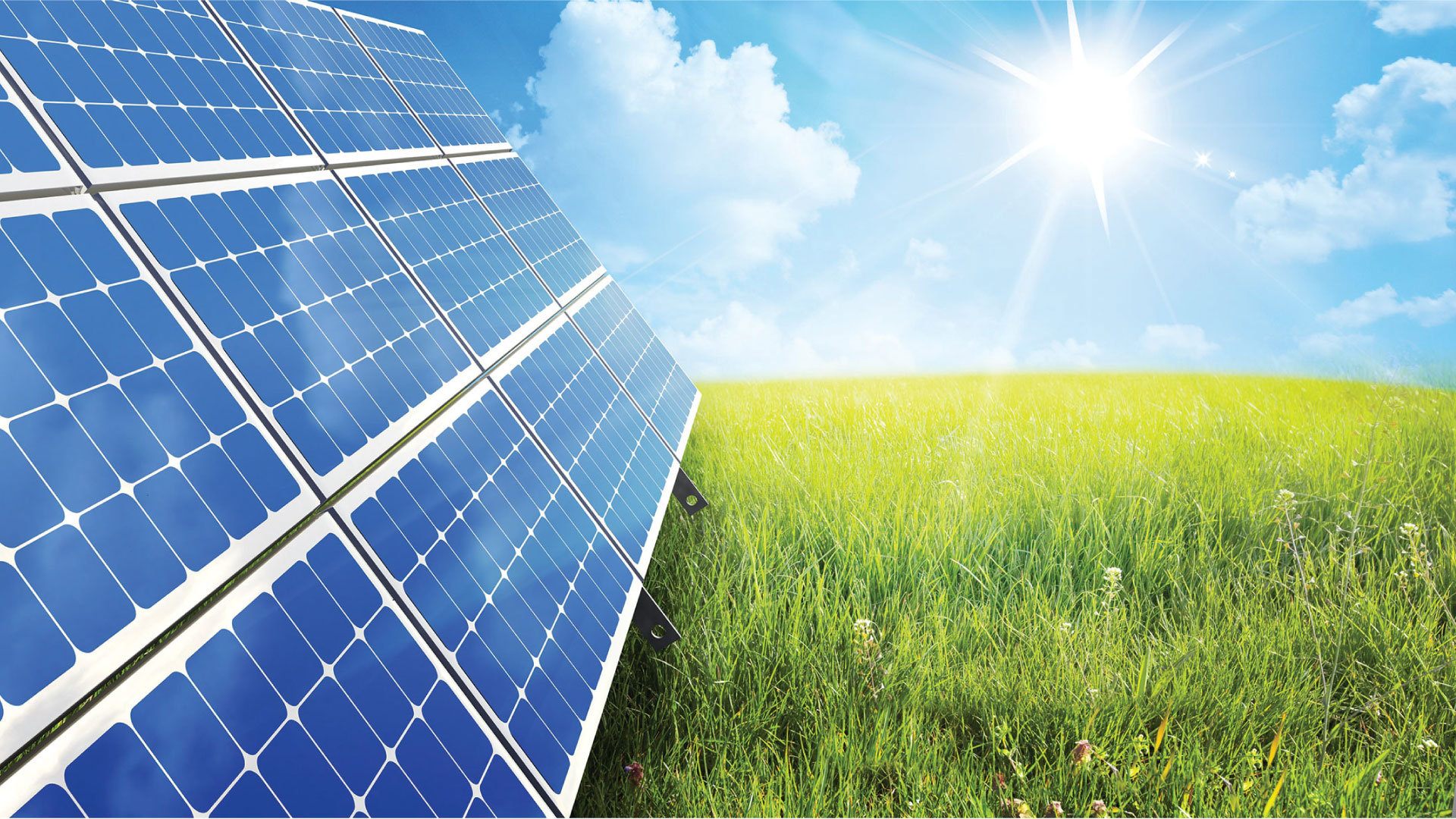 Simply put, solar panels allow particles of light to knock electrons free from atoms, which creates a flow of energy. This process is silent, invisible and does not release any emissions into the air, creating solar power - renewable energy harvested directly from the sun.

A solar panel contains many little cells, called photovoltaic cells. These solar cells are usually made primarily of silicon. Silicon is a semi-conductor, which can conduct electricity like a metal, but can also act as an electrical insulator, making it an ideal component in a solar panel.

Sunlight (which is composed of miniscule particles called photons) enters the photovoltaic cells, and as it hits the walls of the cell, it causes the atoms of the solar cell to transfer their energy to loose electrons. This in turn knocks the electrons off their atoms, creating energy.

Once the electrons have been knocked off their atoms, the job of the solar cell is to collect them up into an electric current, almost like funneling them into one channel. This is done by creating an electrical imbalance within the cell, using the organisational properties of silicon. 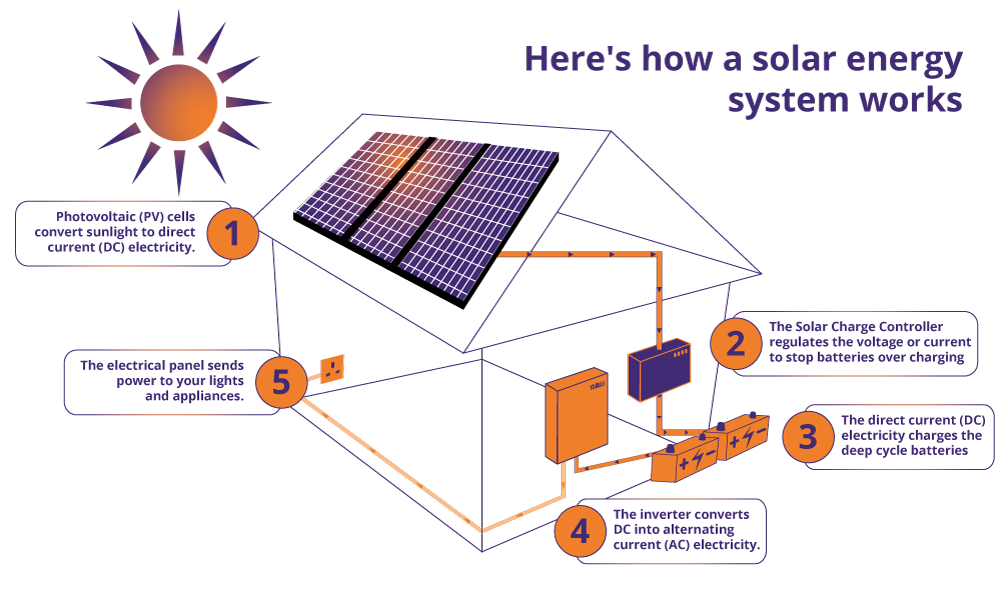 Silicon atoms are arranged together in a tightly bound structure, but if small quantities of other elements are squeezed into the silicon, little holes are created in this structure, though the creation of n-type silicon and p-type silicon.

This creates an electric field in the cell, and because silicon is also an insulator, it can maintain this imbalance, thereby creating an electrical funnel through which the energy can flow as photons hit atoms and knock loose electrons off. This creates an orderly flow and allows all the loose energy to be channeled into one current.

And this current is what powers your home solar system, producing clean, green, renewable energy every time the sun shines.

Of course, this is far too much information. All you really need to know is Cool Solar’s contact details. Give us a ring or drop us a line – we’ll do the rest. Or at least, the sun will!

We have a large warehouse based in Harare Zimbabwe and hold on-hand a comprehensive range of components required to supply solar companies with equipment they need.